Entertainment With A Cause

In an age driven by fast-paced consumption and multiple diversions, a new era of culture and entertainment rises above the horizon.

Jagran Entertainment Media Private Limited represents this awakening in the field of music, motion pictures and management. By seamlessly blending the worlds of the Indian values and traditions with modern tenacity and elegance, we create engaging, new-age media experiences that enrich and inspire the lives of communities across the globe. Founded by renowned entrepreneur Mr. Sanjiv Mohan Gupta (co-owner of the acclaimed print media megabrand “Dainik Jagran”, the highest circulated Hindi newspaper in India) Jagran Entertainment Media Private Limited shapes the future through a perfect synergy between the past and the present.

With an expertise over a diverse range of services, our portfolio includes everything from film and music production to event management, 360-degree campaigns and brand promotions.We also undertake the development and execution of high-end communication technology, such as to provide an effective way to distribute our content to the masses and empower them through all our channels. On every platform and in every step, we tell stories that proudly nurture global culture heritage through contemporary style and finesse.

So, join us on our voyage as we change the landscape of entertainment in India. A transformative and memorable journey awaits.

Mr. Sanjiv Mohan Gupta is an established and highly acclaimed entrepreneur. The son of late Shri. Gurudev Gupta, he is the Founder and Managing Director of Jagran Entertainment Media Pvt. Ltd, along with being the co-owner of print media megabrand “Dainik Jagran”, India’s most read Hindi newspaper daily, in which he also serves as the resident editor for Madhya Pradesh editions. Mr. Gupta began working in 1982 at the age of 18, wherein he was involved in his family businesses, comprising of Media Publication House and Industry Material Manufacturing, through the production of overhead transmission wires. Having gained over 30 years of experience, he has achieved tremendous successes in the field of print media, and has diversified into Education, Infrastructure, Trading and Mass Media Industries. He has served as the chairman of Business Development in India for ITS (Intelligent Transport System) and as a member of the telecom board in the Government of India. Mr. Sanjiv Mohan Gupta was instrumental in revolutionising the education sector in Madhya Pradesh, through franchisee of Delhi Public School in Bhopal and Indore in 2000 and 2003 under the Jagran Social Welfare Society. With such an illustrious career that spans over 3 decades, he provides a wealth of experience and unparallel expertise for the company.

The guiding light behind Jagran Entertainment is the work done by the Late Shri Gurudev Gupta.

From humble beginnings, he was born in the town of Kalpi, Uttar Pradesh in 1920 and finished his education at M.S.V. College. He was inspired by the freedom movement that swept the nation and as a student; he began to work with the Revolutionary Party during the struggle for India’s independence from British rule. He knew the value of a strong press and ethical journalism in a time of strife, which was evident when he went on to co-found “Dainik Jagran” alongside his brothers, Late Shri P.C. Gupta and the Late Shri J. C. Arya in 1942 at Jhansi, Uttar Pradesh. The newspaper continued to grow from strength to strength, having local bureaus in Kanpur (1947), Rewa (1953) and Bhopal (1956) till it eventually became the household name in our country as of today, which covers current affairs and information across 11 states in India through 37 editions.

His desire to ensure India scales new heights grew beyond the editorial room, with an impact over social as well as political causes. Having been a well-regarded freedom fighter for the nation, he was an active member of Indian National Congress from 1938, working with various central and state government committees even pre-independence. He was an esteemed member of the Rajya Sabha from 1960 to 1966, as well as a second term from 1976 to 1982. He was a distinguished part of the President of India’s press team during the foreign tours of Sudan and Egypt.

Mr. Gurudev Gupta also took a keen interest and pride in the promotion and advancement of the Hindi language through books and journalism. This can be most noted in two titles that he penned and published, namely “Shrimati Indira Gandhi Ke Swaron Se Goonjte Africi Desh” & “Bharat Nehru Se Rajiv Tak” respectively. He was also a social activist, making notable contributions to the progress and development of Harijans, Scheduled tribes and backward classes throughout his lifetime.

Thus, it only seems fair that the body of work and life of Mr. Gurudev Gupta serves as the inspiration for Jagran Entertainment. He enshrined the values and principles that shall define our company for generations to come, and it is through his teachings and ethics that we strive to achieve success. 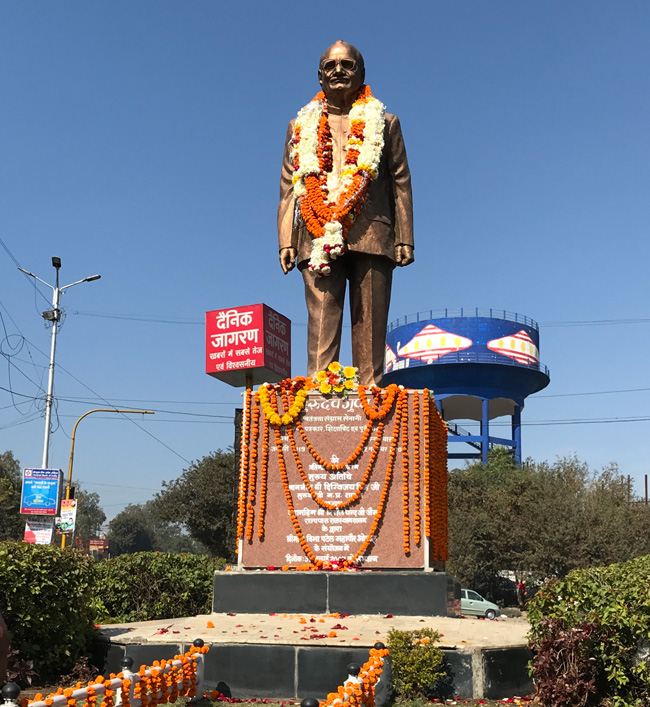